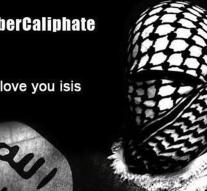 IS it through messaging Telegram dispersed the location of a number of NATO and the US buildings and sites in South Korea and called on his supporters to carry out attacks on these targets. The hackers unity of the extremist movement, which calls itself the 'Cyber ​​Caliphate' would have secured the location data. IS also shared personal data from a number of persons whom they also classing as a target.