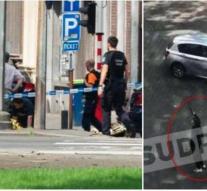 liege - Terrorist movement Islamic State has claimed the attack on Tuesday in Liège, Belgium. The movement has declared this through the Amaq news agency, reported Belgian media.

'The perpetrator is a soldier of Islamic State and has carried out the operation in response to the calls to attack countries of the coalition against ISIS', Belgian media quote the statement.

Whether IS's requirement is correct is not clear.