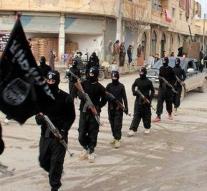 - Islamic State on Monday confirmed the death of his propaganda chief. In a statement online, the terrorist group paid homage to Wa'il Adil Hasan Salman al-Fayad, which was only called by his nickname Abu Mohammed al-Furqan.

How, where and when he came to his end of the statement does not mention. According to the Pentagon, he was slain last month in an air strike in the Syrian province of Raqqa.