Home / World / IS claims to be behind attack Jordan 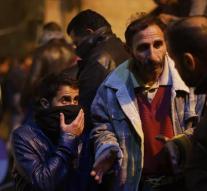 amman - Islamic State terror movement has claimed responsibility for the attack on civilians and agents in Jordan. In total, the violence nine people killed and about thirty people injured. Four attackers were eventually killed during an assault.

The terrorists started firing their violent action Sunday by police officers. Then they holed up in the former Crusader castle of Kerak, where she hostage a number of people. The castle is one of the most popular tourist attractions of the country.

Five of the victims were police, others civilians. One of them was a tourist from Canada. IS praised the perpetrators as fighters of the organization. According to sources within the Jordanian security apparatus perpetrators were Jordanian nationals. About ten tourists were freed unharmed.