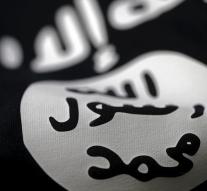 In the video are names given to the children which would indicate their country of origin: Abu Adullah al-Britani (Brit), Abu al-Bara al-Tunisi (The Tunisian), Abu Ishaq al-Masri (the Egyptian), Abu Fu'ad al-Kurdi (the Kurds) and Yusuf al-Uzbaki (the Uzbek). The Tunisian boy speaks the captured Kurds, and threatens more reported, the BBC reported.

IS spread earlier videos in which children murdered prisoners. In an IS-video in February showed a little boy holding a car with three prisoners blew it. It would be the four-year-old son of a moslimextremiste who left in 2012 from England to Syria.