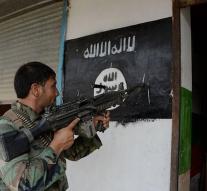 peshawar - The leader of the terrorist group Islamic State in Afghanistan and Pakistan has been slain by a US drone. That said, the Afghan ambassador to Pakistan Friday. A source in the US Department of Defense confirmed the message.

Hafiz Saeed Khan came July 26 at its end in Kot, a district in the Afghan province of Nangarhar, said the ambassador. It is the second time in a few months that a senior extremist is disabled in the region. In May, the leader of the Afghan Taliban, Mullah Akhtar Mansour, killed in a drone attack in Pakistan.

How strong is exactly IS in Pakistan and Afghanistan is unclear. The terrorist movement claimed responsibility for this week's attack on a Pakistani hospital, to which 74 people lost their lives. However, the same attack was also claimed by the Pakistani Taliban.