Home / World / IS calls for jihad in Russia 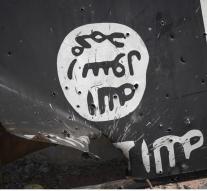 - Terror group Islamic State has called for a jihad in Russia. Putin,, Listen, we come to Russia and will kill you in your homes, '' they said in a nine-minute video that appeared on YouTube Sunday.

The group calls upon supporters of jihad. The film includes footage of coaching men in the desert. Although the authenticity of the video has not yet been confirmed, the link to the images shared via an account on messaging Telegram used by the terrorist organization.