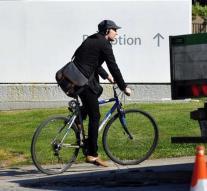 - Ireland intends to appeal against the decision of the European Commission to leave the country back 13 billion in taxes and interest recovered from Apple. The Irish Finance Minister Michael Noonan will put the procedure in motion Wednesday with the European Court in Luxembourg.

In September had several Irish government ministers, including Noonan, already said to want to challenge the decision. But other members of the Cabinet found that Ireland was still that way too would pose as a champion of the interests of Apple. It was some time before an agreement.

Apple enjoyed according to Brussels for years while tax in Ireland which is prohibited under EU state aid rules. The US technology giant already has a plant in Cork, Ireland since 1980. There are now iMac computers made but the plant enables the company also able to take advantage of low corporate tax in the country.