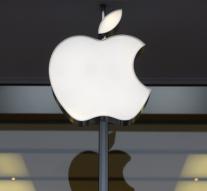 - Ireland maintains its intention to appeal against the decision of the European Commission to back the country more than 13 billion euros in taxes and interest recovered from Apple. This was reported by the Irish Department of Finance on Monday.

Apple enjoyed according to Brussels for years while tax in Ireland which is prohibited under EU state aid rules.

The Irish government commission has not understood the facts surrounding the case and no right to interfere in the fiscal policy of member states.

Dublin also has no need for the billions who must recover it from Apple and therefore appeals against the decision before the European Court.

Even Apple itself objects to. CFO of Apple, Luca Maestri, said in an interview with the newspaper Die Welt know that the action of the commission is outrageous in this matter and compliance with all tax regulations in Ireland.