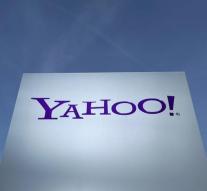 - The privacy watchdog Ireland conducts research on Yahoo. Which has developed software to scan emails from users. The company would have done for the US intelligence NSA and the FBI, the police. Reuters Tuesday that had brought out.

' Any kind of mass surveillance that violates the fundamental privacy of European citizens is a concern, '' the Commissioner for Data Protection said in Dublin on Wednesday. The European headquarters of Yahoo is based in Ireland.

The dome of consumer organizations, BEUC wants to do other privacy watchdogs in Europe investigation. In the Netherlands it to the Authority for Personal Data.

Yahoo would post messages only say that it ' comply with the laws of the United States ''.