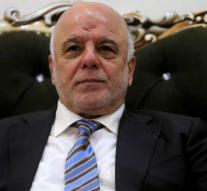 baghdad - Iraqi Prime Minister Haider al-Abadi has urged the immediate execution of all terrorists sentenced to death, including foreigners and women, according to the media. It involves more than 300 people.

Al-Abadi took that decision in retaliation for the murder of eight government officials who had been kidnapped by fighters of Islamic State. Security officials found the severely mutilated corpses of their colleagues on Wednesday, 48 hours after the expiry of the deadline for the release of female Sunni prisoners.

Al-Abadi claimed to have settled with the Sunni extremists in Iraq at the end of last year, but jihadist groups are still active in the border area with Syria and Turkey.