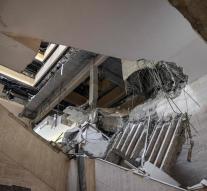 erbil - The Iraqi army started Sunday's storm of the historic city of Mosul. That has announced army officers.

The Old City of Mosul is the last part of the city that has IS warriors. Mosul was the capital of the caliphate. The siege of Mosul enters his ninth month.