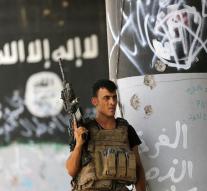 tikrit - The Iraqi army on Tuesday began an operation to retake the town of Shirqat in the north of Iraq Islamic State. The ultimate goal is to expel the terrorist group from its northern stronghold of Mosul.

Shirqat is 100 kilometers south of Mosul on the Tigris River. Iraqi army units and Iranian-backed Shiite militias town, where tens of thousands of civilians trapped, some time in the bar.

The troops are trying to push from five neighboring villages to the center of Shirqat. They met little resistance, but held up by car bombs and snipers.

Iraqi Prime Minister Haider al-Abadi would have liberated Mosul by the end of the year. Iraqi military commanders have said the offensive could begin in late October, though it is questionable whether the necessary troops there than ready.