Home / World / Iraq claims to kill 36 IS fighters in Syria 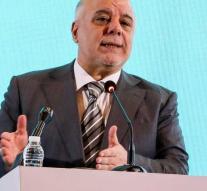 baghdad - Iraq claims that in the event of air strikes in Syria, 36 fighters of the Islamic State terror group have been killed. An Iraqi army spokesman said the air actions were carried out late last week.

He said that an IS factory for explosives was attacked. Some IS leaders would be among the dead.

Prime Minister Haider al-Abadi said Thursday that action was decided because IS gangs pose a threat to Iraq. In December, the Iraqi army reconquered the city of Mosul on IS and Baghdad declared that it had defeated the terrorist movement. From the border area of ​​Syria and Iraq, IS fighters still regularly carry out attacks in Iraq.