Home / World / Iraq against IS: 'Pass over or die' 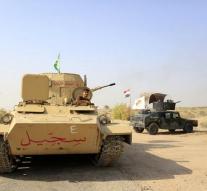 'You tell yourself if you die,' was the message of Iraqi Prime Minister Haider al-Abadian to the occupiers surrounded by government forces in the south and by Kurdish peshmerga in the north. Haider al-Abadian spoke his words on television.

From the air, pamphlets were scattered by the Iraqi air force over Tal Afar, in which residents were warned of the attack and for the liberation on hand.

Tal Afar is still one of the few Iraqi cities owned by Islamic State, after Mosul was reunited last month.