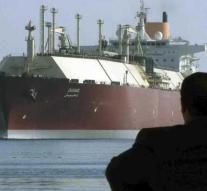 - Iran has deployed a fleet of illegal ghost ships that try to export oil outside of its flag. Transport with ships without nationality continues despite the trade sanctions imposed by the United States.

Analysts who analyzed aerial photographs have discovered seven such ships in a few days. They assume that there is a lot more going from Iran, especially India and China.

Iran's exports have declined by at least 500,000 barrels per day since May, when trade sanctions were announced.

President Trump withdrew from Iran's nuclear deal with Iran in May, which demanded the reduction of nuclear weapons production.

According to the US, despite this agreement, Tehran secretly was still working to make nuclear weapons.

The fear of further international sanctions and the drop in oil revenues has already led to a 70% drop in the value of the national currency.