Home / World / Iran: no problems due to US sanctions 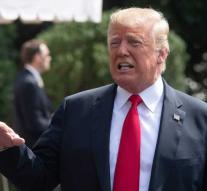 teheran - The Iranian government has said that it has enough resources to deal with the consequences of the economic sanctions of the United States. The country will compensate any lower income due to the sanctions with additional income from the sale of oil and other natural resources.

' We are at a critical moment for our economy, but we are not on a dead end. This country has many human and natural resources that we can trust, 'Iran's Vice President Eshagh Jahangiri told the Iranian IRNA news agency.

US President Donald Trump broke the nuclear deal earlier this year that was signed with Tehran under his predecessor Obama. Trump wants a better deal with Iran and tries to put the government under pressure by instituting sanctions.