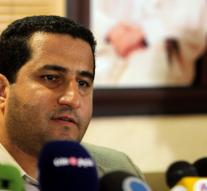 - Iran on Sunday confirmed that it has executed the nuclear scientist Shahram Amiri. His family had already reported Saturday that he was hanged.

Amiri was convicted of spying for the United States. In 2009 Amiri born in 1977 hit without trace while he was on pilgrimage to Mecca. He later appeared in the United States. Amiri said he had fallen under pressure from the CIA in the US, but according to other reports it was not against his will and he allowed himself to pay for his knowledge.

Amiri returned in 2010 back to Iran. He was kept imprisoned in a secret place.