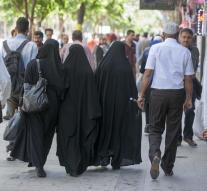 tehran - Iran claims it has arrested a spy for the British Secret Service. Iran's public prosecutor had announced on Tuesday that it is a person who has a western country both Iranian nationality and the nationality.

The Iranian authorities did not say what western nationality involved. In April, Iran stopped a British woman at an airport, because they would cooperate with Western intelligence agencies.

Espionage in Iran is death or a long prison sentence.