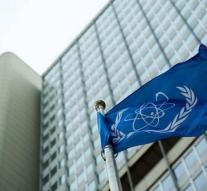 vienna - Iran adheres to the major restrictions imposed on the country in the agreement on the nuclear program of Tehran. This is evidenced by a confidential report of the IAEA nuclear watchdog, which was viewed by the press agency Reuters.

Iran has been punished for years for punishment because the country refused to stop enriching uranium. By 2015, the US, Russia, the United Kingdom, France, Germany and China reached an agreement with Iran on the demolition of the nuclear program, after which most sanctions were withdrawn.

US President Donald Trump called it under his predecessor Obama's closed nuclear agreement earlier 'the worst deal ever.' 'Also, Trump would suspect its Iranians fail to keep the agreements. The IAEA report would show that the Iranians do that in principle.

However, it appears that Tehran had twice a larger than agreed amount of dideuterium oxide; So-called heavy water. That substance can be used in the production of plutonium. Iran then surrendered quickly to Oman to fall below the agreed limit.