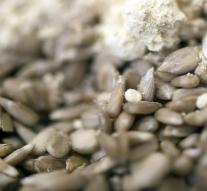 - Hedge funds dive on batches of wheat and corn. Despite the sharp rise in prices, they are seeing new price increases due to drought.

This is the strongest increase since 2006. Speculators have doubled their long positions in futures and option contracts for the 10 most traded US agricultural products. This is evidenced by data from the supervisor for futures trading in the United States.

The price of wheat went up by about 30% in one month, reaching the highest level in two years. This was mainly due to the dry weather in major production areas of the US, Australia, Canada, France and Spain. At the same time, the agricultural area has shrunk.

The price of wheat has been low for years, mainly due to the stronger production compared with consumer demand. 'This lower price meant that farmers chose other crops over wheat,' said ABN Amro sector economist Nadia Menkveld.

'The Tarwear Hall has not been so low in 45 years,' Menkeld refers to the smaller crops for this and next year. The dry weather also reduced production per hectare. 'But the quality seems to be recovering.' The US government is concerned about the amount of protein in wheat.

Friday reported ING Research reported a decline in the harvest area with 100,000 hectares due to extreme rainfall.

Wheat stocks still had the biggest position in 29 years last month. If the weather stays hot, it is not 'unthinkable' that prices rise, the bank says.