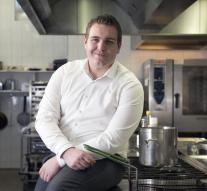 - Invented by a Bulgarian company that shrouds in mystery, touted in retrospect venues to 'Tupperware parties' over digital money. The OneCoin also attracts investors in the Netherlands with dollar signs in their eyes. But experts warn: do not buy.

When Jan Bakhuis his laptop pops open in the hall of the Pitch \u0026 amp; Putt golf club on the outskirts of Doetinchem, a screen appears even quickly with a red background full of boxes with numbers. It is the main page of OneCoin, the investment program he has touted in the past hour.

The numbers on the page support the story he told. There shines a piggy bank of thick 70. 000 bottom of the screen. Money he has earned by other people to join OneCoin, a digital currency that will conquer the world according to all the enthusiastic stories in 2018. 'This is the upgraded version of the Bitcoin' promises Bakhuis to twelve people present in the hall.

He organizes these meetings almost every week. In everyday life teacher Dutch and hire as entertainer, he's eight months also an apostle of something he had never heard so far: virtual money.

Abound in the Netherlands evenings like this place, with ordinary depositors being offered to participate in this 'revolutionary' new crypto currency. Thus helping currencies like Bitcoin, which exist only on the Internet.

The technology behind this is called block chain, and is embraced as the latest step in the digital revolution. OneCoin piggybacks on this hype, the originally Bulgarian company claims to have overcome any teething problems in the design of the Bitcoin.\n  \n  \n   advertisement

But what actually happens in the computers that control the serial numbers on the screen by Jan Bakehouse? No one knows. is written about transparency, security and auditing on OneCoin website. But to prove this? Zero.