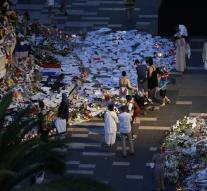 - The French Government shall examine the security measures prior to the attack in Nice on July 14. Interior Minister, Bernard Cazeneuve, will clarify the presence of national police forces, after heavy criticism that safeguards were insufficient.

According to a study by the leftist newspaper Libération that on the national holiday was present only one local police car on the boulevard when the truck crashed into the present. Because of the attack 84 people were killed. About two hundred people were injured.

The government had previously informed that there are national police were present to ensure safety.