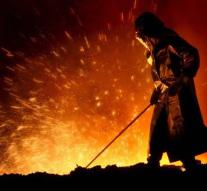 - The German cartel authorities made an invasion on 22 August at ArcelorMittal.

The steel company confirmed the invasion and was able to fully cooperate with the investigation.

Six other steel companies operating in the country were also visited because of suspected violation of competition rules.

Previously, through Manager Magazine, Salzgitter was visited by the cartel authorities. Salzgitter would be suspicious of price fixing.

It is reportedly also investigated by industry associate ThyssenKrupp. The research focuses on the production of heavy sheet steel and thin sheets of steel.

Manager Magazine also announced that the German steel industry association Wirtschaftsvereinigung Stahl and his chairman Hans Jürgen Kerkhoff are in the vizier of the authorities.