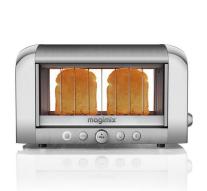 - Smart devices should be safer and that politics and business need to work internationally. So says the National Cyber ​​Security Centre Tuesday.

Hackers have the Internet of Things (IoT) used in recent months to a couple of major cyber attacks. For example, a botnet of webcams, VCRs and other contaminated equipment was used for a DDoS attack on the company Dyn. That meant that the Internet in the United States a day of largely crashed.

The Internet of Things is ideal for hackers. The devices are poorly protected, because the creators she wants to market as quickly and as cheaply as possible. Updating is difficult. Users themselves would not know if hackers take control and are therefore less motivated to provide good security. At the same time the devices are permanently online.

In the Netherlands, the National Coordinator for Counterterrorism and Security (NCTV) working for IoT security.