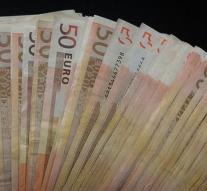 tongeren - The Belgian police and customs on Wednesday rolled a criminal organization with branches in the Netherlands. The gang would have every year for tens of millions of euro fraud by not paying VAT and excise duty payable on tobacco and alcohol.

In Belgium, twelve houses were searched in the Netherlands four, two in Germany and one in Spain, the prosecution made in Belgian Limburg Thursday. Two suspected ringleaders were arrested in Belgium and Spain. The prosecutor in Tongeren provides more arrests.

When the action has worked with tax investigation services from the said countries. In addition to money, alcohol and 15 million cigarettes were evidence of fraud in the raids seized.