Home / Tech / Intel is possible under EU fine from 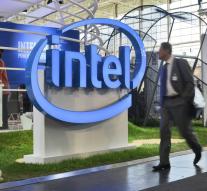 brussels - Chip manufacturer Intel have a European fine of over a billion euros may not be paid. The Advocate General of the European Court of Justice stated Thursday that the case should be referred back to a lower court. The overriding opinion is adopted in many cases by the court.

Intel made according to the European Commission between 2002 and 2007 abuse of its dominant position in the market for computer processors. By giving discounts to computer manufacturers Intel would have tried to express the market its biggest competitor AMD. The fine of 1.06 billion euros given Intel was then a record.

According to the Advocate General had the exclusive discounts, which customers indicated not to do business with AMD, not necessarily prohibited. Nor is it plausible that such discounts were harmful to competition. The court let you know within six months whether to go with the opinion of the Advocate General.