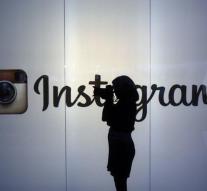 In the latest version of Instagram is in both the Android and IOS version incorporated the ability to zoom while recording a video. Users can also post updates during filming switch between cameras on both sides of the phone.

Facebook, which owns Instagram, makes no secret that it carries out an attack with Stories on Snapchat. Website Mashable even writes that there is a war going on between the two companies.


Instagram came two weeks ago Stories, a feature where you can create a kind of slide show of photos and videos. In an interview with TechCrunch gave the CEO of Instagram when frankly that the company, the new part of the app had been copied from Snapchat. 'They deserve all the credit,' said Kevin Systrom. 'But it's not about who has invented something. This is a format, and how you incorporate it into a network, and you put your own spin on giving.'