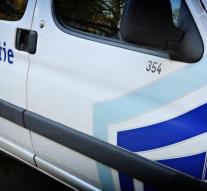 brussels - A woman Monday three people with a knife stabbed on a bus in the Brussels commune Uccle. The police shot and arrested her. That report Belgian media.

The woman would suffer from psychological problems and have no terrorist motive, according to the French-speaking broadcaster RTBF. Two injured were in serious matter. The police have dropped off the area around the bus.