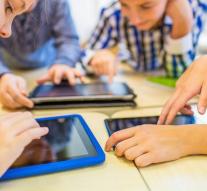 zoetermeer - One in three high schools need to do more with the information security and privacy monitoring. Thinking at least, the public organization for education and ICT, the Knowledge Network, which here later will investigate this year.

Job Fox of Knowledge responds to a report Wednesday in the AD, which stated that dozens of high schools duped last year by hacking income students. Fox said he had no hard figures. This part should be included in the study. However, it is Kennisnet approached regulated according to Fox by schools with the question of how to deal with it. '' It happens, and quite frequently. ''

This mainly concerns DDoS attacks, which paralyze the pupils of the school system, for example, just before an important test. '' For five euros you can buy a program for a DDoS attack, '' Fox says.

In addition, students sometimes try to log into the network of the school. '' If you know the username of an instructor, you already have one of the two data needed for the illegal access to data. '' About Kennisnet has however been no reports in recent times. '' But in cases like switching schools often an exploration company and not us. ''

Schools should not allow robberies, according Fox by an attack, but proactively get started. '' It begins with the development of policy. How do you want the school to deal with hacking income students and how do you deal with your data and software? '\n  \n  \n   advertisement

On this basis, schools can carry out a risk assessment and take action. Schools, for example, can purchase a so-called car wash every week to have a website that is down, washing the Internet. In a DDoS attack such street washes example bad requests.

Also, awareness is very important, both for teachers and students. '' For example, a teacher logs on IWB and review its user, which could see pupils. Students can then right themselves enter a password. After three incorrect attempts to block the program. The class is double. A simple advice: put the IWB if you go to log in. ''

More information can also help, however. So schools can explain what such an attack takes a school, but also that it is a criminal offense. What can schools do is boot plus a classroom for real wizzkids says Fox. These can then look together with the school to the security of the network, but also encouraged pupils to help digitally somewhat less convenient. '' With such a plus classroom embrace them and have more control over them. You can track them better and monitors. And you sit there yourself if they make mistakes. ''