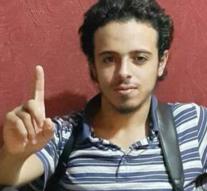 brussels - A special Audit examines why in Belgium about the radicalization of one of the Paris bombers not found its way to justice. Belgian media reports said Saturday.

The management of the school in Brussels, where the later terrorist Bilal Hadfi sat on, among other things has been trying to justice informed sympathies who had the later assassin for the perpetrators of the attack on Charlie Hebdo. He would have welcomed the attack in the classroom. The information did not go beyond the education administration in the Belgian capital.