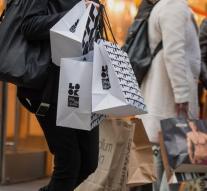 Inflation in the United States increased in September to 2.2 percent year-on-year, from 1.9 percent in August. This is evidenced by figures from the US government.

The Federal Reserve wants a higher price increase before the system of central banks goes into a new interest rate rise, until this week is expected by the end of this year.