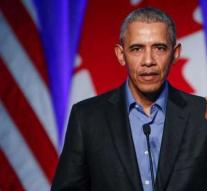 washington - US security services have evidence that Russian-backed hackers had broken into voter registration systems in seven states prior to the 2016 elections. However, they never made it known to those states, reports NBC News.

According to the news channel, anonymous employees have said that former President Obama had ordered this secret investigation in his last weeks. Previously it had become known that in Arizona and Illinois was broken into databases in which information about voters is stored.

According to NBC, it also turns out to be Alaska, California, Florida, Texas and Wisconsin.

The Department of Homeland Security denies the messages. According to a spokesperson, they are 'factually incorrect and misleading. '