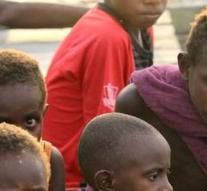 jakarta - Indonesia is deploying the army to deal with a medical crisis in a remote part of the Papua province. There, reportedly, dozens of children died due to malnutrition and disorders such as measles.

The Ministry of Health speaks of an 'exceptional incident' and says to send medical staff. The army is deploying 53 troops, including medical workers. The authorities also bring medical equipment, vaccines and foodstuffs to the affected area.

The Indonesian newspaper Kompas reported on the death of at least 61 children on Monday. The ministry, however, stated that the number of victims is still being mapped. Minister Nila Moeloek (Public Health) said that malnutrition is one of the reasons people get sick. 'If you are malnourished, you will develop diseases. '