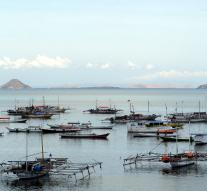 jakarta - Economic growth in the legal fishing in Indonesia last year was more than 40 percent after the country has declared war on illegal fishing.

Indonesia has about 17,000 islands and has the second longest coastline in the world. With 5.8 million square meters Indonesian ocean water fishing is a major employer. Still, halved the number of households that depended on fisheries between 2003 and 2013, reports the Australian ABC.

The Indonesian Fisheries Minister Susi Pudjiastuti announced over a year ago when it took office the fight against illegal fishing, when it appeared that all six or seven fishing boats, only one was legal. Large fishing trawlers are no longer welcome in Indonesian waters and there should only be taken in certain areas. Moreover, the Ministry had ample blow forty boats and used the images thereof for deterrence. Since then, opting for a more Indonesians honest living as a fisherman.