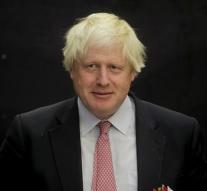 tallinn - The Netherlands and Great Britain will coordinate the aid to the Hurricane Irma-affected Caribbean.

Minister Bert Koenders of Foreign Affairs and his British ambassador Boris Johnson agreed in Estonia on Thursday where a meeting of EU ministers is held. The British overseas territories in the Caribbean are also heavily affected by the hurricane.

There is also 'intensive' cooperation with the French. Koenders in a press release: 'At operational, diplomatic and political level, there is continuous contact and cooperation, and people from, inter alia, the Department of Defense and Foreign Affairs, are used to provide first aid. '

The island of St. Maarten consists of a Dutch and French part. The Netherlands and France view together how best to support the people of Saint Maarten. The European Union and several Caribbean countries have now offered help.