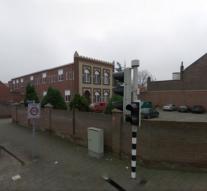 It is unknown whether he is released or the land is turned off. Lamtouni went last September with Venlo pilgrims on pilgrimage to Mecca. Upon arrival at Jeddah airport he was taken apart and disappeared. It is suspected that he was arrested because of sympathy for the Muslim Brotherhood and critical statements about Saudi Arabia. An indictment was never published.