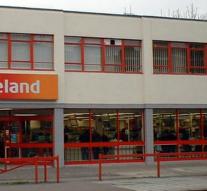 - The Icelandic government looks at whether they do the British supermarket chain Iceland may sue in an attempt to address the name of the company. A tricky point is that the British company for 46 years exists under that name.

Iceland has an organization, Promote Iceland, which wants to ensure that Icelandic firms can use the name Iceland in the European Union and Britain. The organization, affiliated with the Ministry of Foreign Affairs, is concerned that Iceland Foods is obstructive about this.

The supermarket is already in some cases, taken action against Icelandic companies using the name Iceland, Reykjavik claims. Iceland Foods, however, says that it can not imagine anyone confuses the British company with the country Iceland, reports The Guardian.

Iceland Foods has more than eight hundred stores and has 23 000 employees.