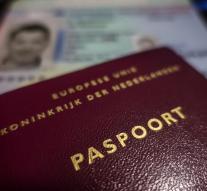 brussels - Travellers from countries requiring a visa need for the European Union may ask permission in the future to enter. The European Commission is preparing a proposal based on the American ESTA system, which can be done an application fee of $ 14 online.

Already in 2011 Brussels commissioned a study on the Electronic System for Travel Authorisation (ESTA). In making light of improved security of Europe's external borders of the Interior, the German and French ministers argued earlier this week for this work. The proposal is expected in the autumn.

Countries such as Canada and Australia have a similar system. Dozens of countries exempt from visa requirements for the Schengen area which can travel freely, such as Malaysia, Paraguay, Israel and Japan.