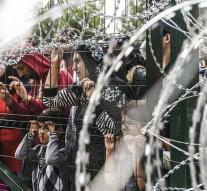 budapest - Hungary will build a second fence in the southern border with Serbia to keep out migrants. This said, the Hungarian Prime Minister Viktor Orban Friday for public radio.

Orban said the new border fence will be placed next to the existing barrier. It should strengthen the defense to stop potentially hundreds of thousands of refugees and migrants changes the policy of Turkey.

The existing barbed wire fence along the southern border of Hungary with Serbia and Croatia, the influx of migrants last year greatly reduced through the Balkan route. But still is a steady number of migrants at the Hungarian border with Serbia.