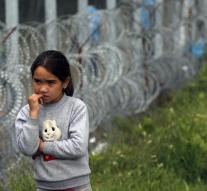 budapest - The Hungarian referendum on the European Union's plan for compulsory distribution of refugees across the EU Member States held on 2 October. That the office of President Janes Ader announced Tuesday.

The question that the Hungarians' yes' or 'no' to say is:,, Do you want the European Union may also prescribe the mandatory establishment of non-Hungarian nationals in Hungary without the consent of parliament '?