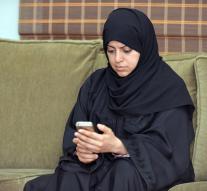 - At local elections in Saudi Arabia do about 865 women participated. It is the first time that women can stand for election in the very conservative Muslim country. Campaigns for the elections began Sunday. Voting takes place in December. In total, more than 6140 people are eligible.

For the campaigns are drafted strict rules. So there should be no portraits of the candidates are hanged in public, and women should not organize meetings of the electoral commission. However, they may imagine themselves on television or leave their positions proclaim by a speaker.

Voting shall be for two-thirds of 284 local administrative bodies in the country. The rest of the seats in the hands of people who are appointed or.

Women play in the politics of the Sunni kingdom hardly a role. They should also avoid driving in the country.