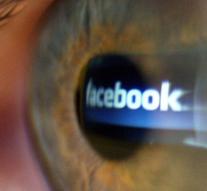 - Relatives of victims of terrorist violence in the Middle East demands of Facebook damages of $ 1 billion. They keep the social network partly responsible for the death of their loved ones because it has given the radical Islamic movement Hamas, an online platform and thus facilitated attacks.,, Hamas uses Facebook simply put as a tool for terrorism ', provides inter alia in charge of sixty pages that Sunday was made in New York.

Five families decided. They have US citizenship but live almost all in Israel. Among them, the parents of a sixteen year old boy who was abducted and slain in 2014 and those of only three months old girl was killed in October of that year when a terrorist in Jerusalem drove into a crowd.

Facebook responded Monday with the general statement that there is no room on their networks for text and images that incite violence or direct threats and hate preaching. Facebook urges its users to immediately report such content.