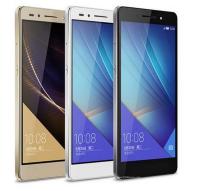 - Chinese Huawei can look back on a successful 2015. The group says on Weibo, the Chinese Twitter, which has sold 100 million smartphones, which is an absolute record.


Huawei continued in 2014 stabbing on 75 million phones where it had expected 80 million. The group has not only grown in the home country but also in Europe, Huawei has become an important player.
The mobile phone maker after Apple and Samsung third on the list of companies that sell the most smartphones.
NEW