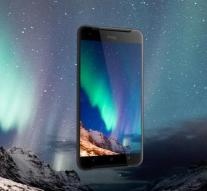 - HTC has unveiled the One X9 Thursday, a new Android smartphone with a 5.5 inch screen and a 13 megapixel camera. On the Chinese HTC website are photos of the device.


The HTC One X 9 features a metal case. The display has a full HD resolution (1920 by 1080 pixels). The calculation is performed by a octacore processor MediaTek and X9 One can bend to 3GB of RAM. It holds two nano-SIM cards and a microSD card.
The new model from the Taiwanese manufacturer is coming out in China. The One X9 gets a price tag of 2399 yuan (about 338 euros). It is not known whether the device later in Europe and the United States will be on sale.
NEW