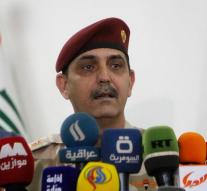 erbil - Human Rights Watch Human Rights Watch (HRW) accused Iraqi authorities of collective punishment of family members of alleged IS warriors. Security groups would have brought 170 families to 'rehabilitation camps'. According to the organization, there are factual detention centers for adults and children who are not accused of anything.

HRW staff visited a camp at Bartalla and spoke with fourteen families. 'New residents said that Iraqi security forces had brought the families to the camp. The police arrested them because of allegations that family members had ties with IS, 'the Human Rights Organization reported in a statement.

A spokesman for the Iraqi forces denied that families were forced to be transferred to camps. 'We have no detailed information about what's going on. However, there is no situation or scenario in which Iraqi troops force Iraqi civilians to get out of their homes, 'said Yahya Rasool, General General, to journalists in Washington.