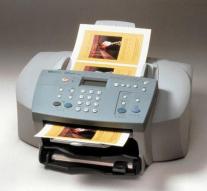 amsterdam - Printer manufacturer HP has confirmed that printers are equipped with a non-HP no longer work. Earlier this week began some printers suddenly refuse service, after HP had implemented a software update. Customers complained about the state of affairs. According to the NIS HP relies on " protection of innovation and intellectual property.

The problem lies in the chips on the print cartridges, if there is no official security ship from HP, the printer does not work anymore. This does not apply to all printers, but only for certain types. Original HP cartridges are often a lot more expensive than cartridges that are refilled or unbranded.