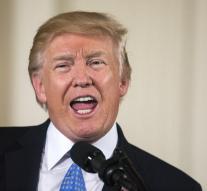 washington - The US House of Representatives agreed on an increase of the defense budget for 2018 by $ 68 billion (58.3 billion euros) on Thursday. Legislation has also released money for the start of construction of the Mexican border wall promised by President Donald Trump.

The bill deals with the budgets for the Department of Defense, Energy and Veterans Affairs, the Legislative Branch and Army Corps, and totales 788 billion Dollars for the fiscal year 2018. The proposal defines the Defense Budget by 201.1 Billion to $ 658.1 billion.

In addition, $ 1.6 billion is being released for the construction of a wall between the United States and Mexico. This was one of the central election promises in the Trump campaign in 2016.