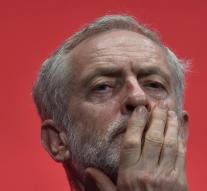 london - The House of Commons vote on Wednesday airstrikes on ISIS terrorists in Syria. Prior to the vote a debate about the plan. British aircraft are currently performing all attacks on ISIS- racking in Iraq.

The government of Prime Minister David Cameron Tuesday already voted unanimously for the attacks against terrorists in Syria.

Opposition Labour Party has indicated that its MPs are free in their voting choice. That helps the prime minister to be a majority in the House of Commons. The Labour Party Jeremy Corbyn is deeply divided over the initiative, but Cameron has also to make his own conservative camp with recalcitrant MPs.

Cameron believes Britain can no longer stay behind to fight ISIS after the terrorist attacks of November 13 has claimed in Paris.