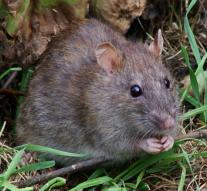 - There was only one way to escape the starvation: rat food, preferably cooked. That is what 24 sailors did in the hands of Somali pirates. Their unusual diet with some sparingly water she held for four years in life.

The 26-man crew of the Naham 3, a fishing boat from Taiwan, in March 2012 was south of the Seychelles hostage by pirates. The crew members were from Taiwan, Vietnam, Cambodia, Indonesia, China and the Philippines. Two crew members died in captivity in Somalia.

The pirates left the fishermen go after they had received converted 1.3 million ransom in their own words, as the BBC reported Monday. Who would have paid, is not clear.